From The Endless Mission Wiki
Jump to: navigation, search

A Health Change Volume is a script that is put onto an object that has been set up with a trigger volume.  When an entity enters the trigger volume, their health value gets changed in either a positive or negative value, or in other words, they can be damaged or healed.

To give you a better example of how this all works we have created 4 premade Damage Volumes and 1 premade Healing volume.

To find the Damage volumes just type the word "Damage" into the editor search field. Within that search you will find: 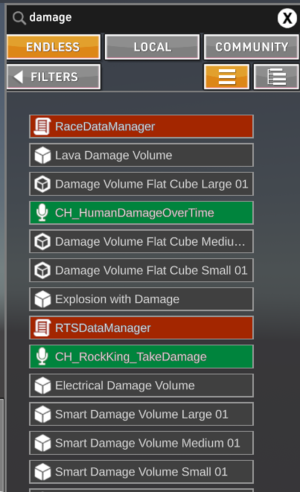 And to find the Healing volume just type the word "Healing" into the editor search field and you will find: 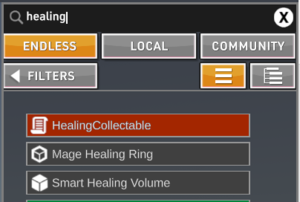 The health change volume script is where the magic actually happens. Once that script has been dropped onto an object you will see a handful of settings: 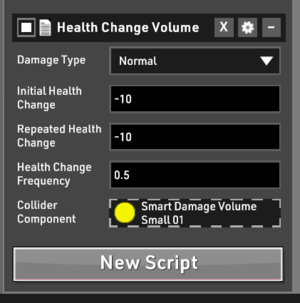 Each of the Volumes are set up mostly the same.

Here is the list of the volumes again with some basics of how they are set up: